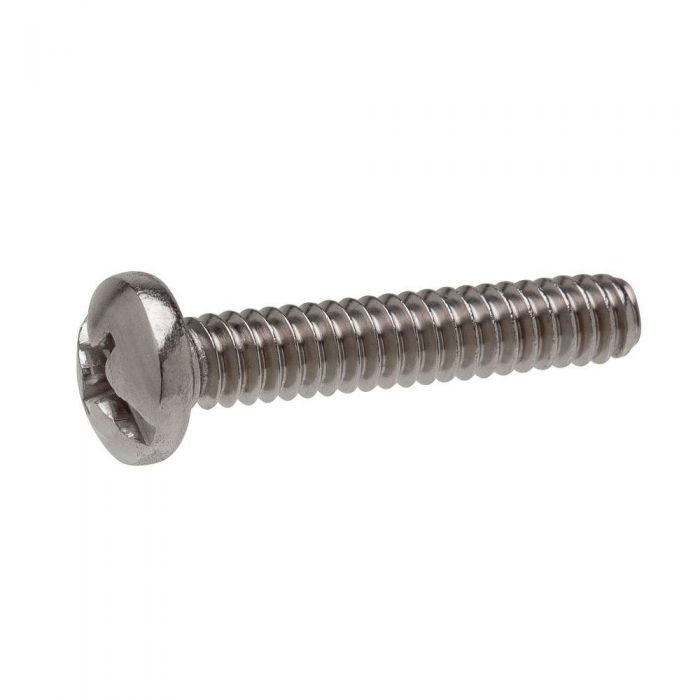 A machine screw is a screw with a slotted head or socket heads often used for fastening metal parts securely together in various types of machinery or construction. Machine screws are unique, though, because of their size. These are used in threaded holes and are likely to end up with a stronger joint.
The American Society of Mechanical Engineers (ASME) defines machine screws as featuring a diameter of up to 0.75 inches. They can be smaller than 0.75 inches in diameter, but they can’t be larger than this size. As a result, machine screws are generally smaller than most other types of screws.
Well, screws typically feature either uniform or tapered threading. Uniform threading means the exterior threading — the helical ridges on the outside of the screw — remain the same size from the top of the screw to the bottom. Machine screws are most often used for fastening metal parts securely together in various types of machinery or construction. Other uses include vehicles, engines, tool assembly, electronic devices, and large-scale industrial equipment.
Machine screws are versatile in the number of types of joints they can fasten. They can be used for fastening two or more components with through holes and a nut behind all the components. In comparison, tapered threading means the screw’s threading expand taper or expands towards the bottom. Machine screws feature uniform threading that remains the same size from the top to the bottom. Most machine screws are usually designed to hold together parts of electronics, engines, and industrial equipment. They are also used to fasten many gasketed devices that are sandwiched together such as waterproof motor casings. For this reason, they are typically much stronger compared to other types of fasteners.

Subscribe to Our Newsletter to get Important News, Amazing Offers & Inside Scoops: